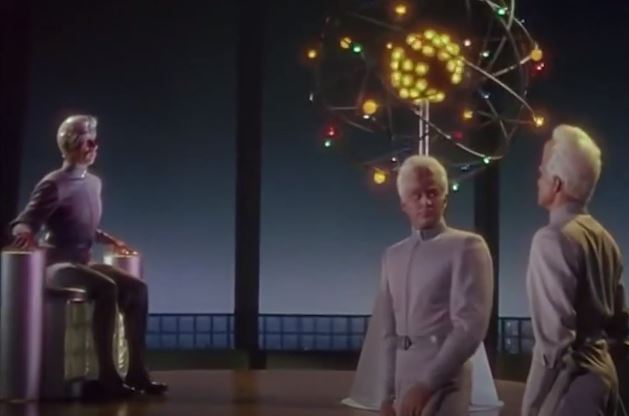 New Jersey-based rock band The NEW Bardots have proudly released their new video and single “In The Year 2525”.

The single is a fast-paced rock new version of the 1969 hit by Zager and Evans, characterized by the distinctive voice of singer Wayne Olivieri and a precious solo of the band’s guitarist Gar Francis. The video, recently premiered by Moshville Times, is an accurate editing of iconographic clips by Nickolas Koontz for a concept by Wayne Olivieri, which took more than 40 hours of editing and more than 20 versions to get to this final version.

The background of the members of The New Bardots is incredibly interesting. Formed in 2018 by Gar Francis and Wayne Olivieri. Gar Francis, lead guitarist and songwriter of The Doughboys, former session guitarist of Billy Idol and more recently co-writer and co-producer of Mark Lindsay’s (Paul Revere and the Raiders) album “Life out loud” (Bongo Boy Records 2013). The New Bardots is a quintet filled with a piece of NYC and New Jersey’s rock history. Gar and Wayne, in particular, had played – together and separately – in some of the most important rock clubs of the world such as CBGB’s, Max’s Kansas City, China Club and The Stone Pony playing with absolute legends such as Jon Bon Jovi and Bruce Springsteen (to name just a couple) and sharing the bill with legends such as The Ramones, The Talking Heads, Blondie and Cyndi Lauper.

Wayne Olivieri (singer) tells us more about why they picked this song:

“It was Gar’s idea, but I personally loved the idea of that song and I’m sure Gar agrees, because of all the strange things going on with Covid, lockdowns and the arising conspiracy theories about the global elites’ reset of humanity. The fear that has been instilled into the minds of people. In the US we don’t know what is truth and what is lies, it’s like a total takeover of the mainstream media to instill confusion and doubt. The world seems to be getting more controlled than ever before, freedom of speech is getting more suppressed than ever before.

We wanted to express our distress without being judged as a political point of view. This song was so in tune with today’s future we all agreed to cover it. The video is a concept to show a direction it seems mankind is heading….. a futuristic look into a submissive reality.

For us this song covers many things that mankind has done or neglected. Including mishandling Mother Earth.”

“In The Year 2525” is now available through Spotify and all digital outlets via I Cuochi Music Company/Believe Digital.

Check out these guys