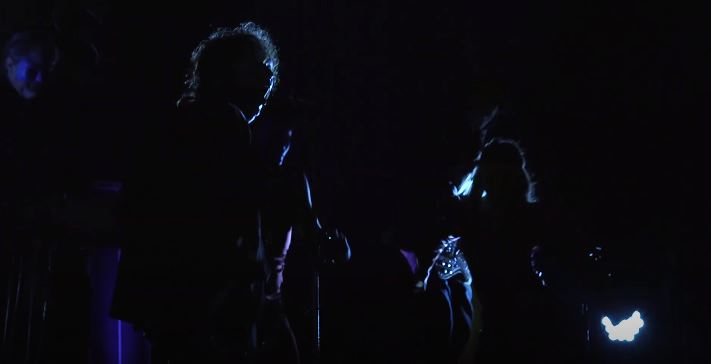 The NEW Bardots is a highly prolific and relatively newly formed rock ‘n’ roll supergroup from New Jersey. After their debut album “French Kisses“, released in 2018 and the follow up EP “Already Been Chewed (A Return to Bubblegum)” which got out just last May and had 3 singles played by radios from allover the world out of 6 songs, The NEW Bardots have just released their new unconventional video “Gimme Gimme Good Lovin’” first premiered by The Spill.

In the words of singer Wayne Olivieri, who also directed the video:

“Because we did the new EP about bubblegum era I wanted to do a video with a retro look. So I went with a stage set up like an old 60’s TV show along with go go girls”. “I Directed this one but always taking advice from anyone when on set.” – adds Wayne O. -“Our camera people are long time pros and know what I was going for and basically took over, it was easy. Using 3 cameras also cut down on the time we had to run takes so the girls wouldn’t be exhausted. I also like to add a little humor when I can so I wrote the little skit in the beginning just to add a touch of fun keeping the same two characters from our very first video “Great Balls Of Fire” We actually used the same stage for both videos”.

The video has a humorous retro feel and is combined with the stage presence and undebatable skills of the five rock musicians. The song is a cover from the originally released in 1969 by the Crazy Elephant’s.
The NEW Bardots added a faster paced, twisted mood and rough, intense vocals to the groovy version of Crazy Elephants.

New with this moniker, but certainly not new to the New York and New Jersey rock scene, Wayne Olivieri and guitarist Gar Francis come from a lifelong career in the rock n roll realms. Both started together back in the 70s with the then beginners Blondie, Ramones, Bruce Springsteen, Jon Bon Jovi, with whom Wayne shared a two decades long friendship, while Gar Francis had been Billy Idol‘s guitarist for live and recording sessions (such as the single “Moni Moni”).
Constantly inspired and producing new music (Wayne Olivieri, also this year, has released two singles “We’re in this together” and “Hold On America” while Gar Francis is also part of the Doughboys and of The Satisfactors, another supergroup with members of The Easy Outs and New York Dolls.), The NEW Bardots have in store new material for at least one full album and are announcing the release of a new EP by the beginning of 2021, which will hopefully see the light with the perspective of tour dates in Europe.