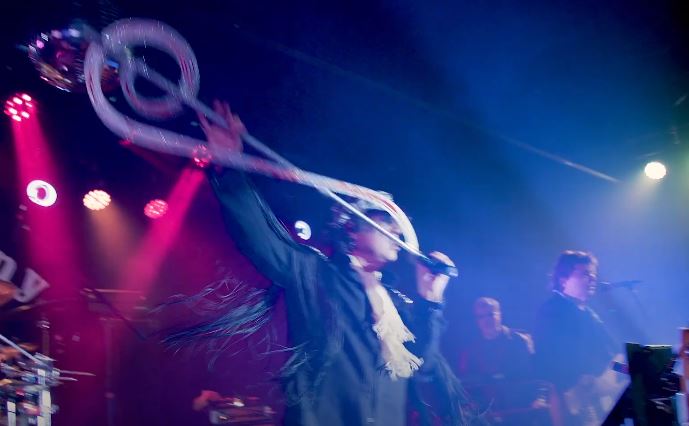 The New Bardots, on a mission to keep rock and roll alive

E-Grapes is proud to present a new – and already legendary – band from New Jersey!

Coming back together from their early roots in the NYC music scene (CBGB’s, Max’s Kansas City, China Club) to write and record together again, Gar Francis, Wayne Olivieri, Dan Skye, new drummer Johnny Rago and keyboard player John Croot are five New Jersey veterans out to save Rock and Roll from extinction!

Lead guitarist and songwriter of The Doughboys, Gar Francis couldn’t stand listening to the contemporary radio shows filled with pop, hip hop, trap and the likes. Where has the rock and roll gone? Time for a mission: he called in Wayne Olivieri, longtime friend and ex bandmate with The Rockids and “one of the most charismatic singer/frontman in a long time” – in the words of Rock and Roll HALL of Fame and Songwriter Hall Of Fame Member Eddie Brigati from the Rascals.

Wayne could never possibly decline such a call: his entire life had been devoted to rock and roll.

Starting as a musician at a very young age, by the time Wayne was 17 he and Gar were playing full time with their band Rockids in New York City clubs like CBGB’s, Max’s Kansas City, The Limelight, The Village Gate on the same bill as The Ramones, The Talking Heads, Blondie. After two years the duo parted ways, Gar formed his own successful band and continued to perform and write songs and draw crowds wherever he performed.

In the 1980s Francis wrote a song called “Baby, It’s You” for the band Ricochet and did session work as a guitar player on Billy Idol’s recorded version of “Mony, Mony”. Wayne continued performing up and down the East Coast with the newly formed Rockids. After a few years the Rockids disbanded, Wayne moved to Asbury Park NJ and started Oliver’s Twist , performing at the legendary club The Stone Pony.

It was at the Stone Pony that Wayne met and became agood friends with John Bongiovi.

Wayne and Jon stayed friends for many years and performed together on several occasions. He became a regular at The Stone Pony, where he rocked the stage with acts like David Johansson, Huey Lewis, Southside Johnny, Cindy Lauper, Beaver Brown, Rick Derringer, Billy Idol. During his life, Wayne have performed with some of the biggest rockstars in the world, including Bruce Springsteen.

Back to these doomed times, when good old rock and roll seems to have been relegated to an euphemistically unfair underground, The New Bardots embarked the quest to “Help save rock and roll from extinction“ enrolling also Dan Skye, with whom Olivier was playing back in the 80s in a band called “Olivier’s Twist” and the drummer Johnny Rago.

Heavily inspired by the roots of rock and roll, in 2018 the new band sign with the New Jersey-based label Bongo Boys Records and release their first single “Great Balls of Fire”, taking one of Rock and Rolls most classic tunes and making it their own. One year later, on May 31th of 2019 The New Bardots present, with a special live show at the legendary Stone Pony, their first LP “French Kisses”. Three singles and videoclips are extracted from French Kisses: Great Balls of Fire, Change Reaction and Gone for the Weekend.

After recording French Kisses The Band focused on performing live and decided to recruit Keyboardist John Croot, whom Wayne was friends and band mates with, in a popular show band called Little Jimmy & The Starlites.

During the global lockdown of 2020 the Rock and Roll mission is still alive and kicking! Profoundly touched by the human drama and heroic efforts of those who risk their own lives out there, Wayne and Gar write “We’re in this together”, a “feel good” and uplifting tribute to all the healthcare professionals who are on the front lines making a difference and also to everyone who needs a little encouragement to get through their situation.

“We’re in this together” is released in free download by Bongo Boy Records on April, 20th 2020.

On May 8th 2020 The New Bardots release the EP “Already Been Chewed (A Return to Bubblegum)”: 3 remakes of old hit “Bubble Gum” songs from the 1960’s and two new original songs.

Marco Bonvicini Drops Music Video for “Tell Me Your Lies”

“ALREADY BEEN CHEWED (A RETURN TO BUBBLEGUM)” BY THE NEW BARDOTS OUT NOW!