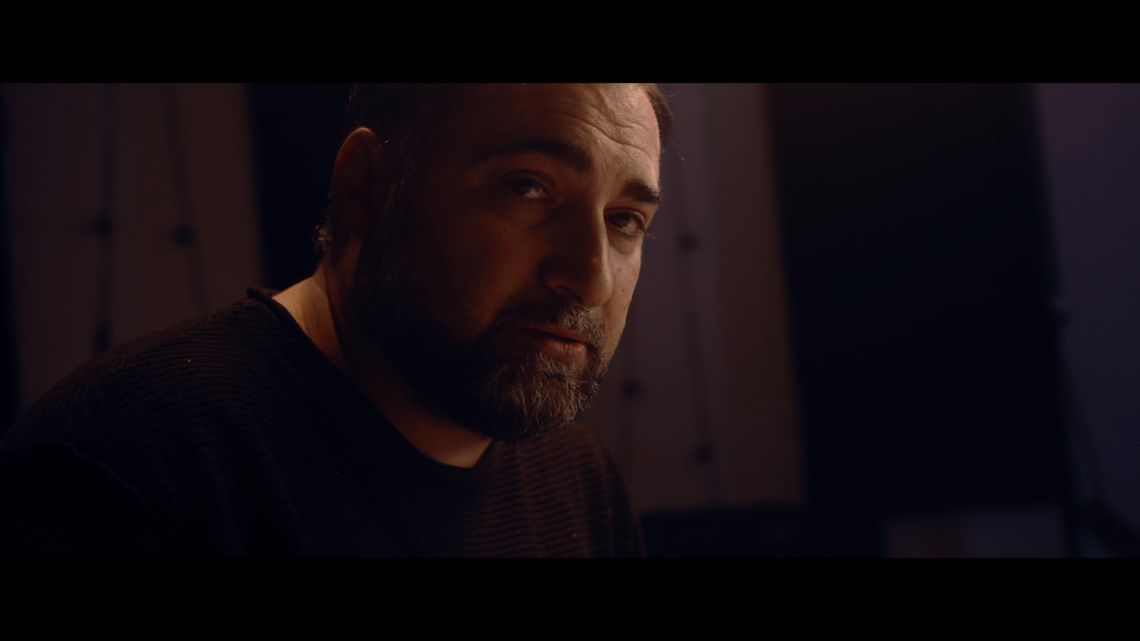 Max Forleo meets his younger self in ‘Promise’ music video

The new single was release ahead of his upcoming album The Black Curtain.

Max Forleo has made his long-awaited return a few months ago with a music video for the single ‘Antarktica’. On October 14, the Italian singer unveiled the visual for the follower ‘Promise’ in anticipation of his upcoming album. In the video, Max appears split in two different states of awareness: the current, present-self and the younger-self (interpreted by his son Matteo) projected in the future.

Shot in the premises of the contemporary Gae Aulenti square, in Milan, the video, beautifully directed by Max Forleo himself, features a “Younger Max” who enters his own future with eyes full of curiosity as opposed to a more mature and aware self.

The narrator is then bringing us back to the promises made in youth. Perhaps to promises of love, full of novelty, curiosity and the desire to explore important emotions, for the self and for the beloved one.

Those very emotions that will forge and shape the adult self, because, for who we are, in our personal history, there will always be a younger-self waiting for us and watching what we had made of our future and of the promises made.

In the video, the evolution of the await doesn’t proceed in a straight line. Present and past overlap, creating an infinite loop.

“To have my son wear my 20 years-old baja hoodie and watch him walk the streets of Milan” – explains Max – ” has transported me into a whole new dimension, making me realize that I have never lost the eyes of the dreamer, that look that Matteo expressed so well in this video”.

Massimiliano “Max” Forleo is a singer songwriter, performer and composer from Milan, Italy. His artistic career dates back to when he was just 7 years old. Max starts developing an interest in music at a very young age and learns playing classical guitar, then piano, drums, bass guitar and singing techniques. After his first live experiences as a teenager, Max starts a band, The Lorean, in 2002, with drummer Dario Accardi releasing the debut album “Out of Memory” (2003), followed by “Morning Freedom” (2008) and “Waste of Time” (2010).

With The Lorean, Max tours part of Europe and of the United States and collaborates with international artists such as TM Stevens (bass player of Prince and James Brown), Richie Kotzen (Poison, Mr Big), Iron Butterfly, Kee Marcello (Europe) and many others.

After The Lorean disbandment in 2010, Max Forleo continues his artistic projects under the  pseudonymous The Traveller, picking this name from “Treno della Memoria”, a short movie about the holocaust memorial for which Max has composed part of the soundtrack. Under this name, Max records the albums “The Traveller” (2011), “Life” (2012), “Uncensored Kingdom” and participates as a special guest in a few rap and rock featurings, continuing a very intense live activity playing approximately 100 shows per year.

In April 2021, Max releases the single “Antarktica”, in English, an art rock appetizer for the upcoming album “Black Curtain”, due out in late 2021. Max himself directs the beautiful video for Antarktica, an environmentally invested song abouthuman’s responsibility towards our planet.

On the 1st of October of the same year, Max releases another single from the same session: “Promise”, a romantic and melancholic ballad about wait and devotion and the importance to keep dreaming against all doubts and unanswered questions.

Max Forleo: “We are non-paying spectators of a circus set on self-destruct mode.”