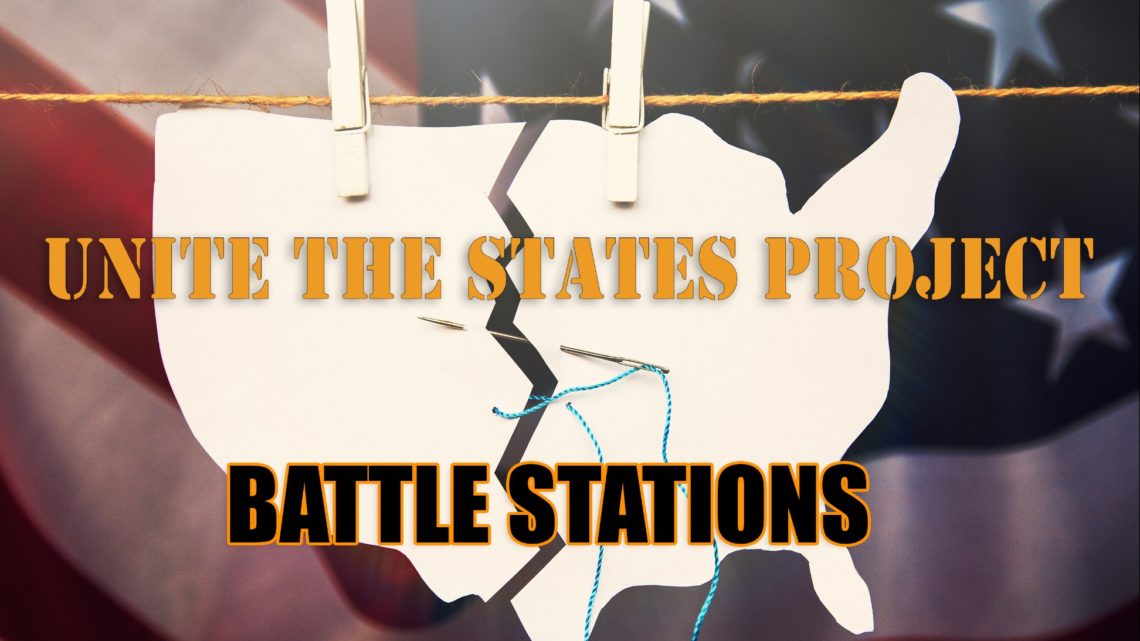 Unite The States Project have made public their first single and video Battle Stations, opener for an upcoming 5 songs EP that will rock your socks off.

The Unite The States Project is a newly formed concept formed by rock musicians from New Jersey: frontman Wayne Olivieri (The NEW Bardots), Gar Francis (The NEW Bardots, Billy Idol, The Doughboys), Dan Skye (The NEW Bardots) and Johnny Rago (The NEW Bardots) with guest harmonica on the Track “Just Another Dance In The City” Myke Scavone  (The Yardbirds, The Doughboys, Ram Jam) and guest sax man Joe Grillo on the track “Americas Burning”. These musicians have decided to write and release a 5 songs EP to protest what is happening in the United States and all over the globe and to use an alias on this EP as to not offend any NEW Bardot fans with their straightforward content, which differs from the previous lighthearted works.

Even though the band is split between leaning left and right in the political arena, they all agreed that the current state of things are corrupt and needed to be addressed. An upcoming EP of 5 songs is due out as a form of artistic protest to what the group perceives to be a serious threat to democracy and its values. The so called “woke” mentality and Governments links to the so called Big Business/Big Tech/Big Pharma lobbies to the disadvantage of common people.

The Unite The States Project’s first single/video “Battle Stations” depicts a bit of it all in a pop rock kind of vibe.

The overall goal of The Unite The States Project is “to show – no matter where you stand politically – that we can still come together for a united cause and that it’s time for the people to take notice of what is happening in our countries before we end up in a Marxist world, which has been tried before and didn’t turn out too well”

Special Thanks To The DuCret School Of Art , Plainfield N.J.

Max Forleo meets his younger self in ‘Promise’ music video